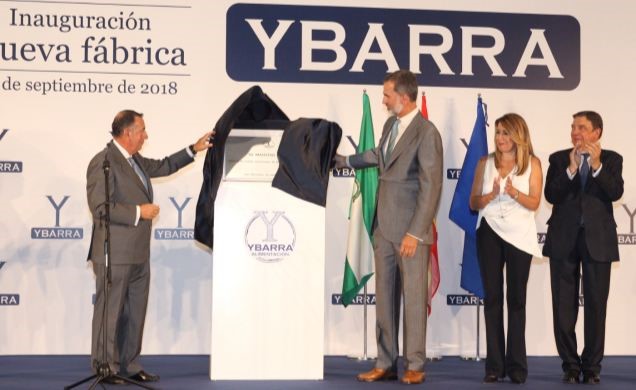 On September 2018 the construction of YBARRA’s sauces and oil factory has been finalised in the Sevillian locality, Dos Hermanas. The plant counted on His Majesty King Philip VI, as well as the president of the Comunidad Autonoma de Andalucia, the minister of Agriculture and others for the inauguration ceremony.  The president of Grupotec was also present, who received commendation from YBARRA for the whole of the team from Grupotec that participated in the development of the project and works.

The plant has been constructed in record time after being hit by a fire, generating a true problem for its clients, workers and shareholders.